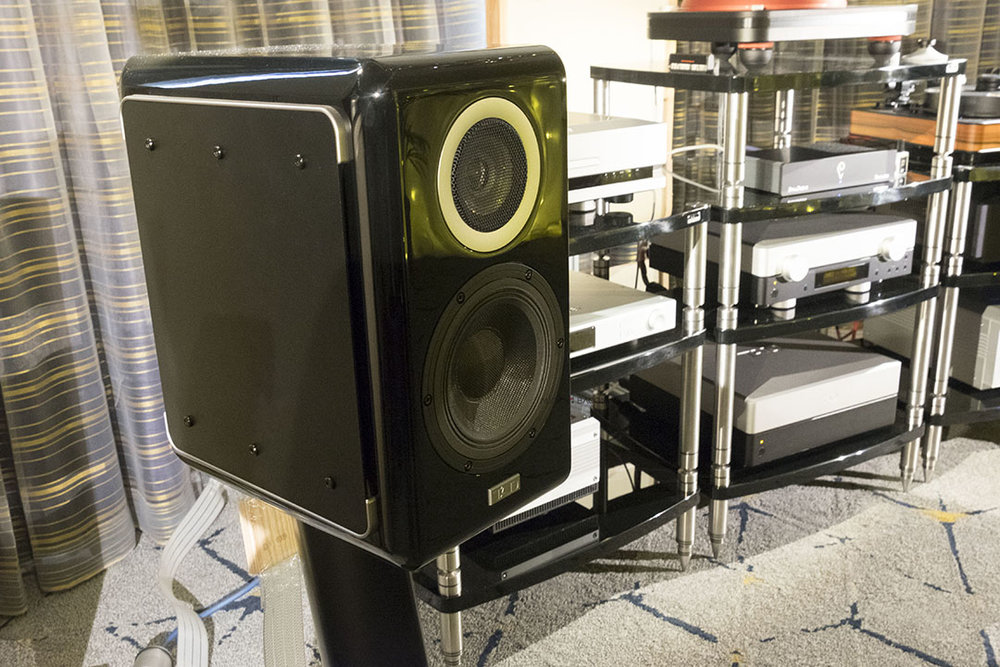 "These TAD Micro Evolution ONEs ($12,495) had some of the best tactility I’ve heard at the show. It’s definitely the kind of sound that sings to me emotionally and has me slowly pulling out my wallet. Jonathan Derda from Mofi was describing the very interesting cabinet design which allows it to produce an enormous amount of low-end that competes with much larger floorstanders. One of my favorites from the show and one of the few speakers I revisited during my 3-day visit."
- Jay, Audio Bacon
https://audiobacon.net/2017/06/05/los-angeles-audio-show-2017-day-1/

"...TAD Laboratories Micro Evolution One ($12.5k) we saw at AXPONA this year. During that demo, MoFi’s Jon Derda gave us a sample of Led Zepplin’s “Moby Dick” that we won’t soon forget. Even with the older production tech used during that time period, John Bonham’s drum solo felt shockingly tight, with left/right imaging that might make a hardcore fan’s hair raise. The TAD One managed to overcome the bass extension hurdle that so many bookshelf category struggle with, on both then and this weekend. ...the Micro finds its appeal as a natural extension to the detailed groundwork both these speakers lay out in the market. The TAD’s are rated down to 36Hz from the 16cm woofer cone. Sure, adding a sub might make your teeth rattle a bit more, but in most 2 channel music situations, it hasn’t been very noticeable – which is saying a lot without boasting anything at all."
- Audio Head
http://audio-head.com/mofi-wharfedale-quad-tad-and-isotek/